The town of Land O' Lakes, Wisconsin, is surrounded by more freshwater than any small town in America. Originally named State Line because it straddled the border of Wisconsin and upper Michigan, Land O' Lakes quickly became a premier vacation destination because of its wilderness beauty. Resorts built from local timber, like the famous King's Gateway Inn and Lodge, attracted celebrities including Dwight Eisenhower and Lawrence Welk.

In the 1950s and 1960s, Land O' Lakes [population 800] was the smallest town in the United States with commercial airline service. Along with rail service by the Chicago and North Western Railway, Land O' Lakes developed into a premier destination for night-life and outdoor recreation.

Land O' Lakes was released in June, 2011, with great local fanfare. The book may be purchased at most Land O' Lakes stores and resorts, or by ordering directly from the publisher at arcadiapublishing.com.

Land O' Lakes can also be found at amazon.com and barnesandnoble.com 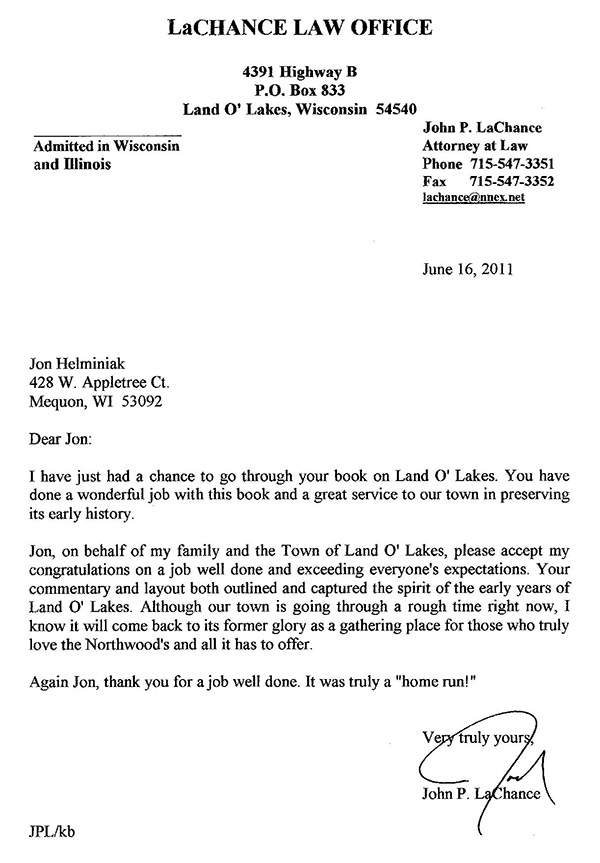 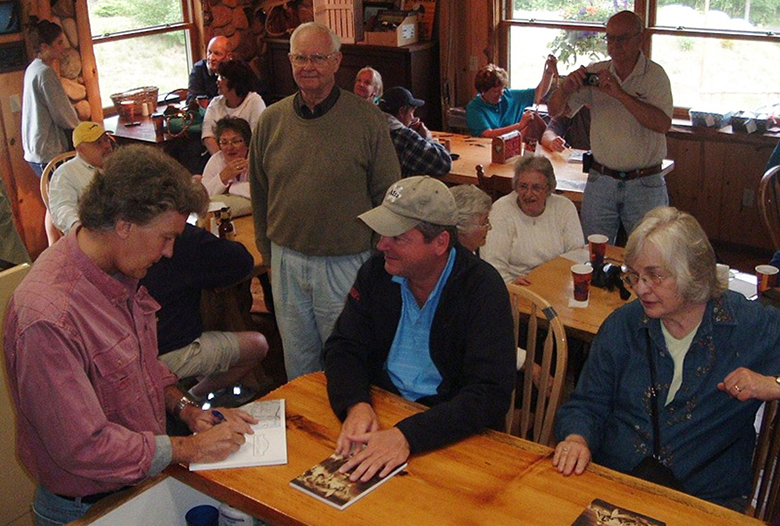