The Empowering Story Of One Woman's Endurance During WWII

Author Jon Helminiak wrote his latest book This Token of Freedom at the request of a good friend who wanted his mother's unique story preserved for future generations. He tells readers, "Originally, I intended to write a short, factual summary. But as I interviewed his mother and began my research, I became so enthralled with her story and the global circumstances surrounding it that it became a book-length work."

The backdrop of the story is the pep reparation of the British for WWII in 1940, when the German Luftwaffe was planning to destroy London by bombing it for 56 consecutive days and nights. To spare British children from witnessing the carnage and from possible death, millions of youth were evacuated from their London homes and sent away to safe locations. For many boys and girls, their lives would start over in new towns and often with unknown families. Historically, the idea of evacuating an entire generation of children, separating them from their parents, was unprecedented.

This is the story of one of those evacuee children, Jayne Jaffe, who, at age 9, began witnessing the best and worst of humanity: war, love, death, separation, tears, euphoria, destruction and rebuilding. Filled with vivid historical details and raw human emotion, This Token of Freedom delivers an inspiring, true story of hope in the midst of war.

This Token of Freedom is an extraordinarily well written and heartwarming story about family courage in a time of historic global strife. It's an important reminder of the upheavals wrought by World War II on British parents and their children."

This Token of Freedom is available from the publisher at bookstore.iuniverse.com or at amazon.com and barnesandnoble.com 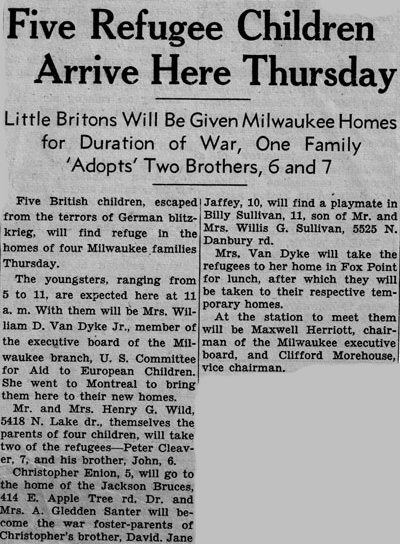